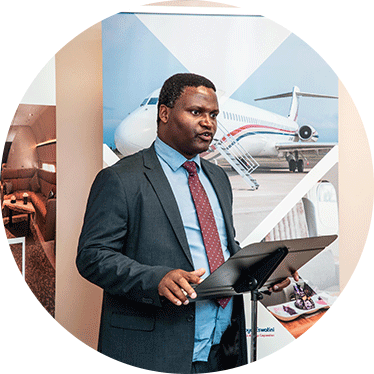 The Chairman of RENAC Board of Directors Mr. Mndeni Mazibuko said the arrival of the jet would boost the tourism industry as it was going to bring people into the country. The board chairperson thanked the partners, Royal Jet, for agreeing and choosing to base their aircraft in the beautiful Kingdom. “This partnership is one of the many initiatives by RENAC to revive the aviation industry in the country and it will be implemented in phases, the first of which we have just witnessed,” he added. He said the next phase will involve vigorous marketing of both the BBJ and MD87 aircraft and the KM3 International Airport. The Chairman further stated that they will do all in their power to ensure that their partnership with Royal Jet thrives, and that it lasts longer than the initial agreement of a year.