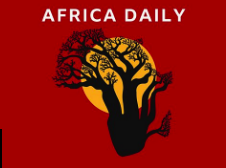 Eswatini is a small country of just over a million people which is facing big problems.

Last year dozens of people died after a crackdown on pro-democracy protests– and in 2020, the Covid-19 pandemic led to the economy shrinking. According to World Bank estimates, nearly 40% of its population lives on less than two dollars a day.

Now the government is planning the launch of a national airline – its second such venture after its previous airline folded.

So will this help boost trade and tourism – or just saddle the country with more debt?