MBABANE – Back in the air!

“We are currently undergoing and [are] busy with [the] fulfilment of the applicable certification process requirements, and upon completion thereof, the necessary announcements on key highlights of our scheduled operations business plan will be issued,” he said in a statement on the company website.

“We are in the process of forming partnerships that will enable Eswatini to be directly flown into four different destinations regionally in order to connect with the rest of the world at ease,” he further told The Eswatini Observer newspaper. When asked about timelines, Dhlamini said he hoped to finalised all due processes by November 2021.

Dhlamini, in his statement, said regional commercial flights formed part of a five-year strategic plan approved during the first quarter of 2021.

The first initiative of the plan was the transfer on April 1, 2021, of RENAC’s travel agency business to a wholly-owned subsidiary, Royal Eswatini Travel Agency (RETA), which was now working to attain IATA accreditation during the first half of 2021.

The RETA product portfolio would be one of the main links between RENAC and the Eswatini Tourism Authority (ETA), with whom the corporation had signed a Memorandum of Understanding (MoU). RETA would play a critical role in promoting both inbound leisure travel to the kingdom, Dhlamini said.

According to the ch-aviation fleets advanced module, RENAC currently operates a 17-year-old VIP-configured A340-300, 3DC-SDF (msn 406), as a state transport on behalf of the Government of Eswatini and the Umbutfo Eswatini Defence Force (Manzini Matsapha). It received the aircraft in 2018. As with RENAC’s MD-87, 3DC-SWZ (msn 53041), the aircraft is available for private leasing when not in state use. 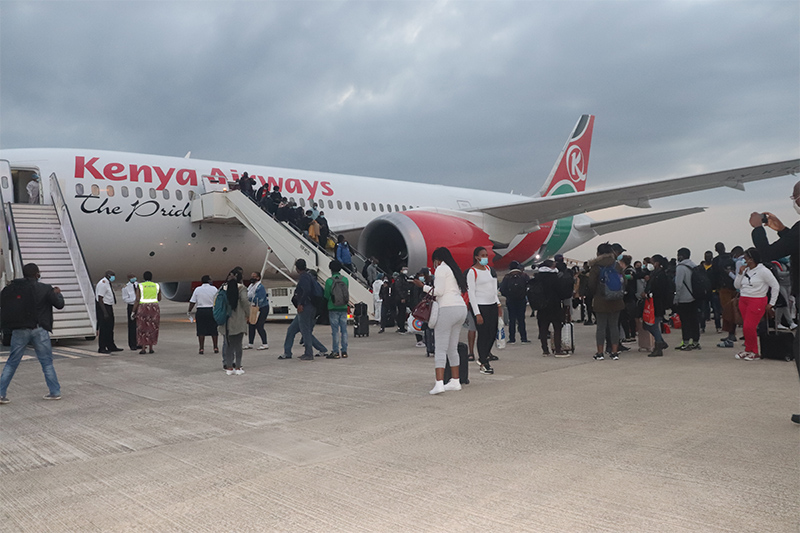